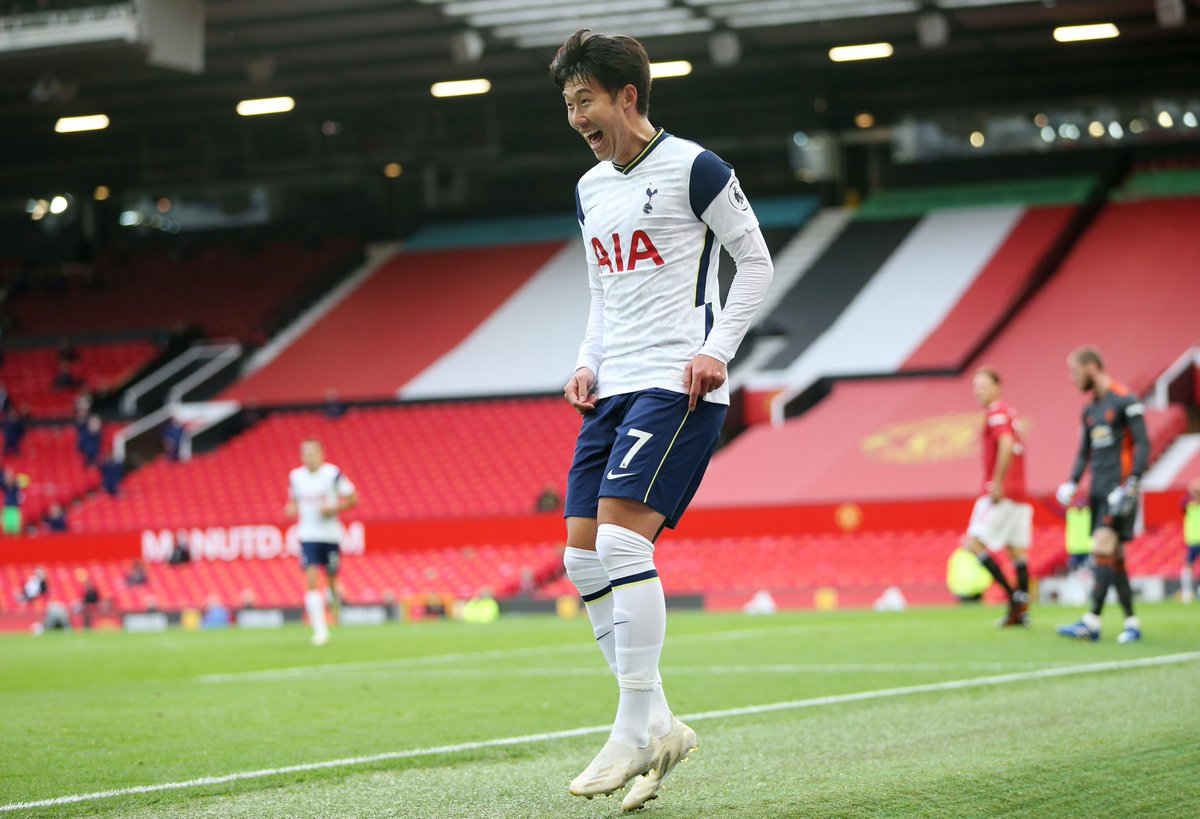 Son Heung-Min has 100 points in Premier League fantasy football this season to take his position as the king of fantasy football in England. Spurs teammate Harry Kane is the nearest challenger to that position with 98 points. END_OF_DOCUMENT_TOKEN_TO_BE_REPLACED
By FF, 4 weeks ago

The former Arsenal goalkeeper has only faced few matches, but he has already picked up a lot of points in the game. There have been three clean sheets and plenty of saves in recent matches to consider picking the 28-year-old. His Aston Villa team are up against Leeds United this weekend.
END_OF_DOCUMENT_TOKEN_TO_BE_REPLACED
By FF, 2 months ago 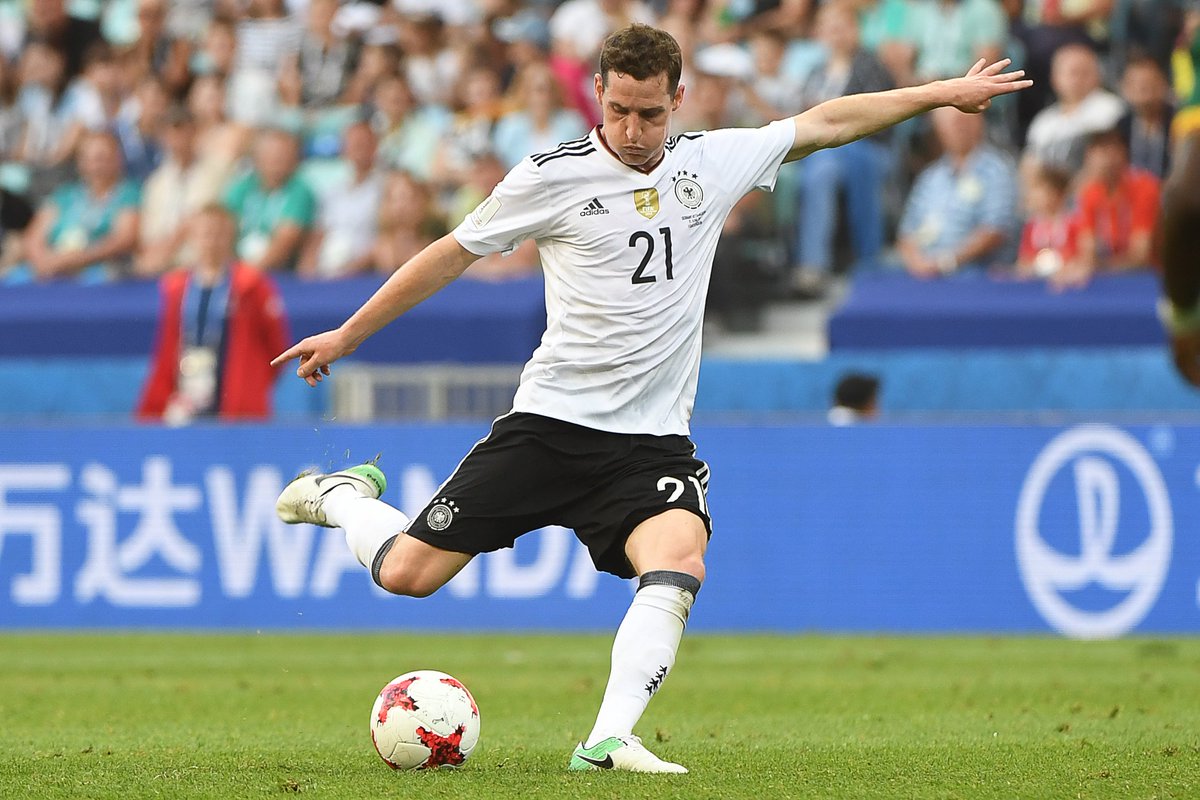 He is optimistic about the call and believes that he has performed wellin the games and has done things right in the past matches. He has been contacted by the team by two times in a row and he is hopeful that his chance at an international career has not ended yet. He has also openly said about his interest inbeing on the team for Euro Cup.
END_OF_DOCUMENT_TOKEN_TO_BE_REPLACED
By FF, 4 months ago

Norwich have been relegated from the Premier League and it provides some juicy options into the last few games makes the fantasy football section. The Canaries are likely to go down without a fight in the last few games and they are up against Chelsea in the next match. Despite the loss to Sheffield United, Frank Lampard’s team are expected to make a comeback since they have been doing extremely well of late. The loss at Bramall Lane came as a major shock and the blues are likely to recover from this defeat. Christian Pulisic and Willian have been playing exceptionally well, but both had a subdued afternoon against the blades.

Pulisic and Willian are available at £7.3 million and they will be key players for the blues in this match. Norwich then take on Burnley in the gameweek 37 and this will provide an opportunity to back a tough Burnley defence. Norwich have been able to score a goal since the football restarted. The game against West Ham saw very few opportunities for Teemu Pukki, who is available at £6.4 million, who has always done extremely well in the Championship. Meanwhile, Onel Hernandez is available at £ 5.3 million and he came close with an effort just before the 60th minute.
END_OF_DOCUMENT_TOKEN_TO_BE_REPLACED
By FF, 5 months ago 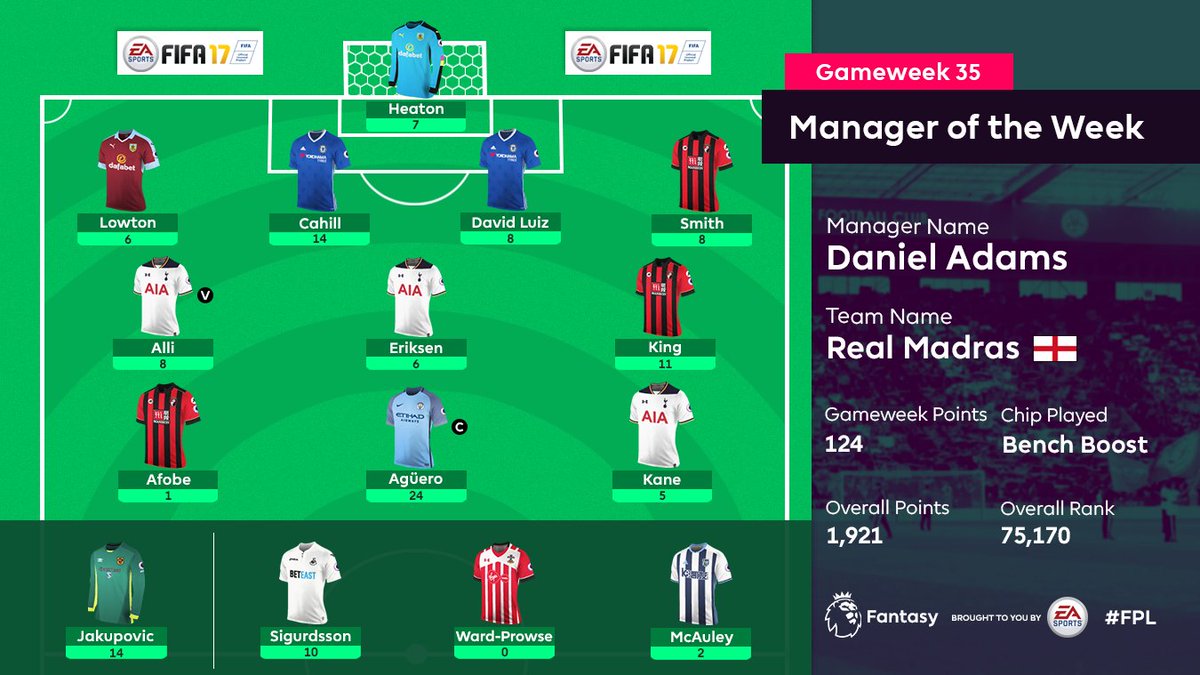 It is not known whether this paragraph should be interpreted as a sign that the FPL wants to extend the game week as per the usual schedule only when the Premier league restarts not. The inconclusive stance means that the possibility of the game finishing is very unlikely. If anyone is thinking about a blind bench most of this weekend, this may not be the correct time with the possibility of no continuation.
END_OF_DOCUMENT_TOKEN_TO_BE_REPLACED 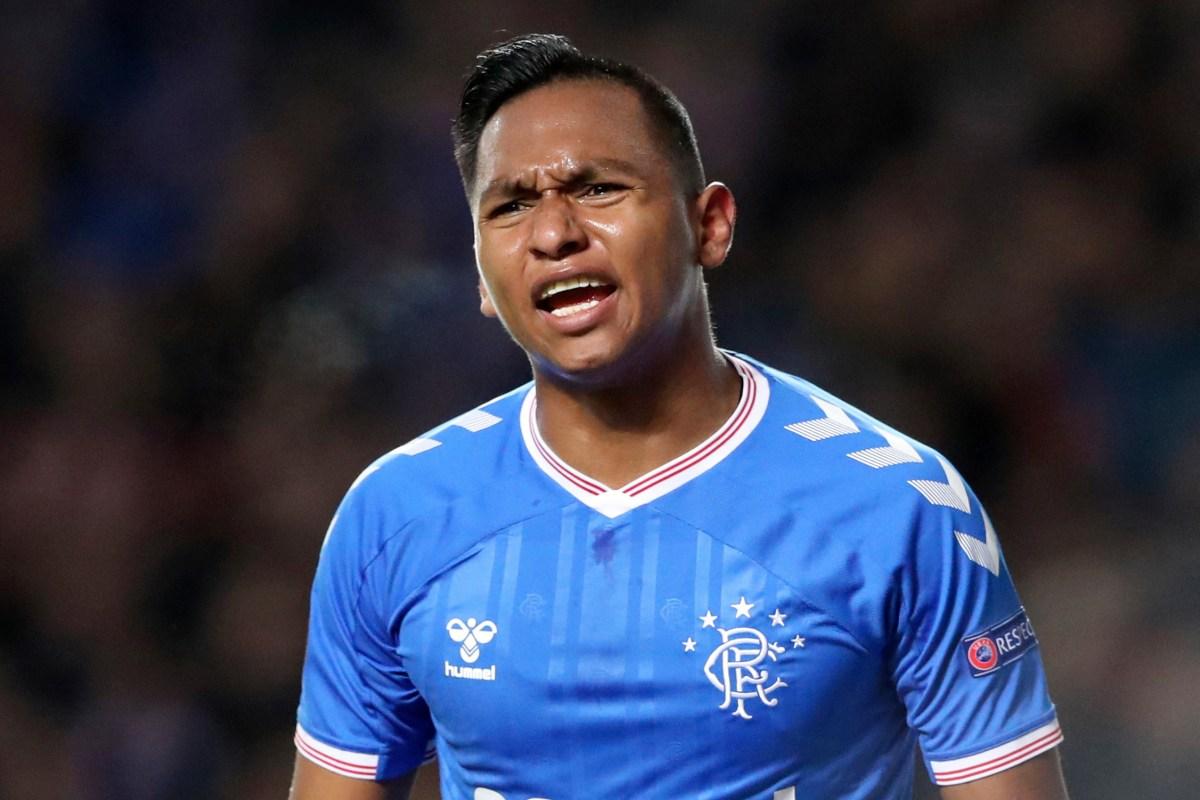 END_OF_DOCUMENT_TOKEN_TO_BE_REPLACED
By FF, 9 months9 months ago 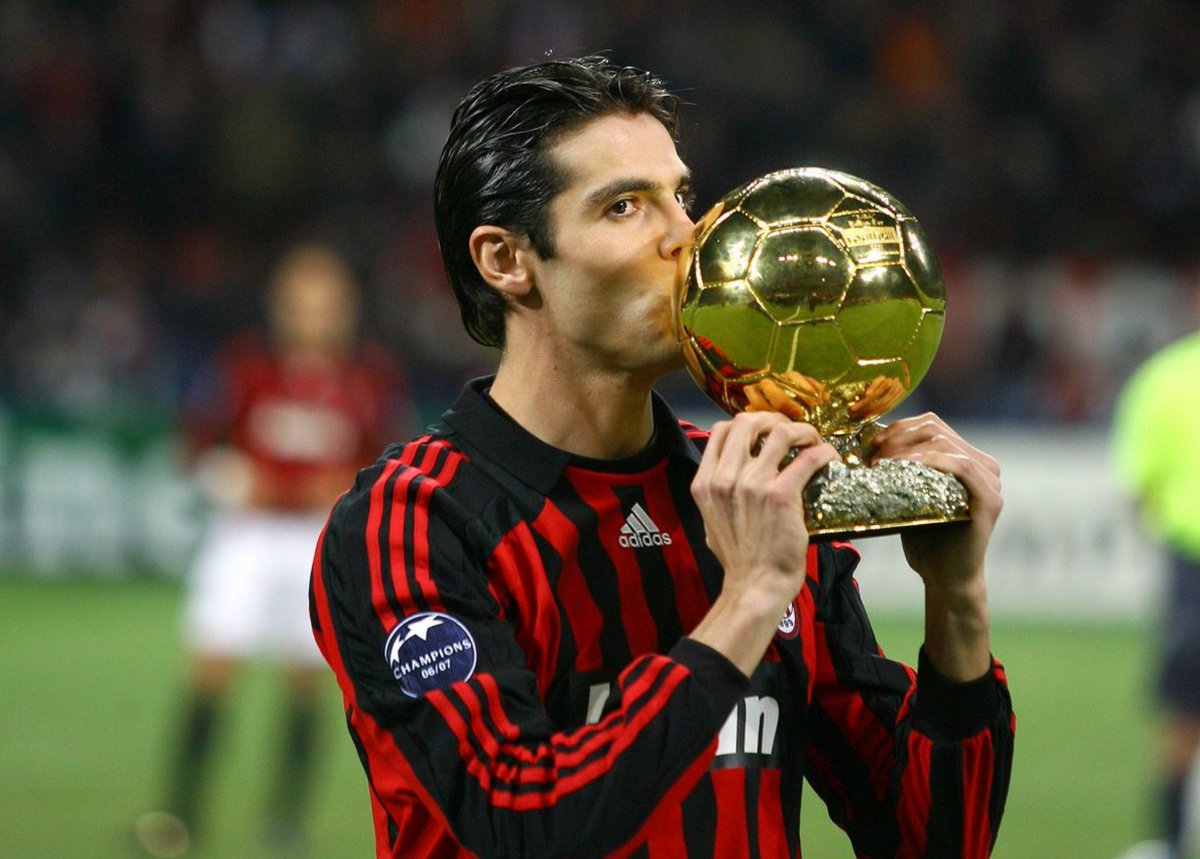 END_OF_DOCUMENT_TOKEN_TO_BE_REPLACED
By FF, 11 months11 months ago 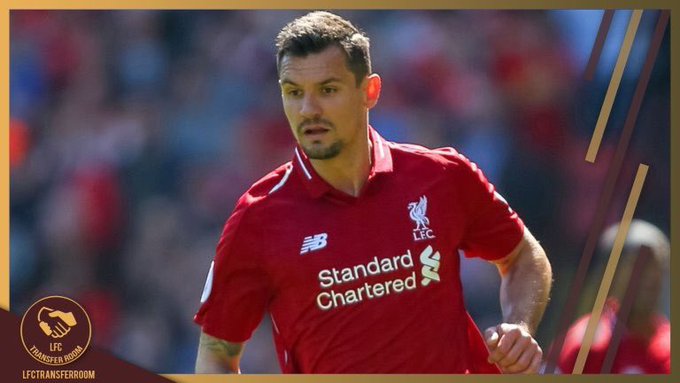 Since the introduction of the youngster, they have registered seven clean sheets in the last eight matches. The only occasion on which Liverpool failed to keep a clean sheet outside these games was in the Club World Cup semi-final. The attractive displays from the youngster have made him a great potential for the fantasy team. The 22-year-old has not been a common pick among fantasy football players. However, now is the time to have a serious consideration of the 22-year-old since Liverpool are keeping clean sheets at an alarming rate. Liverpool have all been about destroying opposition with a fast attack, but they are now great even at the back.
END_OF_DOCUMENT_TOKEN_TO_BE_REPLACED
By FF, 1 year ago

Jurgen Klopp’s extended their Premier League unbeaten record to 34 games after dispatching off struggling Watford on Saturday afternoon. The Reds currently sit on top of the league table – obviously – and other than having a beast of a season, there seems to be no team putting up a proper challenge against them.

The Pride of Merseyside last tasted defeated close to a year ago at the hands of Manchester City. After brushing off Pep Guardiola’s men earlier this season, it seems the crowd at Anfield will be confident in their team’s ability to do a double over the sneaky Mancunians.
END_OF_DOCUMENT_TOKEN_TO_BE_REPLACED
By FF, 1 year ago

However, a captain can provide a significant jump in points and this is especially important going into the international weekend. Players like Raheem Sterling, Harry Kane, and Pierre-Emerick Aubameyang are leading contenders to be named as the captain. Let us look at these options:

Even though the England international suffered a drop in form, he has been able to come up with goals in three successive games. Despite being subjected to the rotation policy of Pep Guardiola, Sterling is a good pick to score in the game. This would have a positive impact on his ability to get points as a captain.
END_OF_DOCUMENT_TOKEN_TO_BE_REPLACED