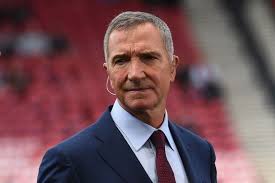 According to Souness, as he says this, some people would believe that he is saying this only because he is an ex Liverpool player and he can’t ever think positively for United but that’s not the case at all. He might be an ex Liverpool player but first and foremost, he is someone who is a keen Football watcher and is closely associated with this sport and he can assess the situation of Football teams and he knows that the United manager has his task cut out.

“People will think I’m coming at this from being anti-United,but not in the slightest. I am a Football person and Ole has got a massive job on his hands there. There is no quick fix.” Souness was quoted saying on Virgin Media Sport.

Souness, who featured for Liverpool in the late seventies and early eighties, reckons that one thing that the Manchester United hierarchy has done well is that they have appointed a manager who knows the club pretty well having played for them as well as having coached the junior team of United in the past. But he still needs to prove his worth in his current job.